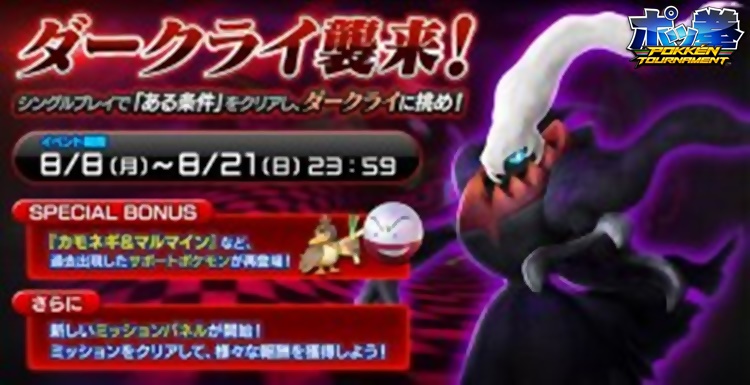 There is a new event for the the arcade version of Pokken Tournament. Starting from now until August 21, players will be able to unlock the Support Pokemon Farfetch’d & Electrode which was previously a Wii U Exclusive. If you use a BANA passport, players will be able to unlock a second mission panel with various new titles and backgrounds to earn as prizes. There is also an Extra battle during this time period in which you must fight Darkrai. Once defeated, players will receive two Darkrai Specific Titles. New outfits based on diving suits will also be available for the in-game avatar.