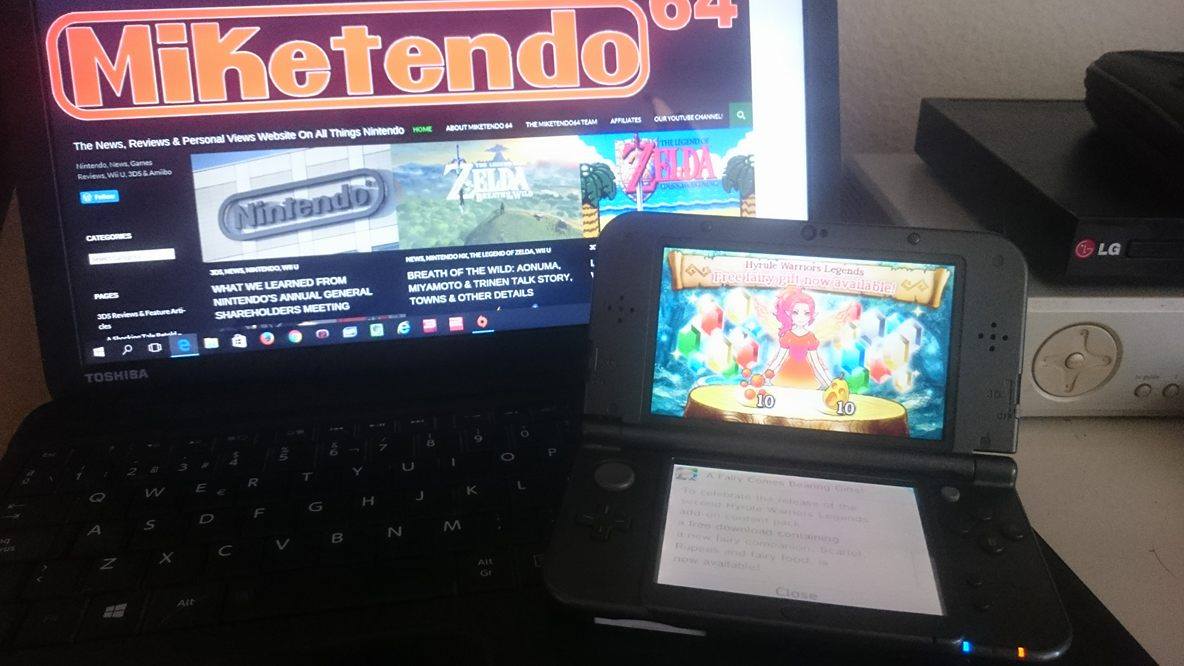 By now you may have heard that the new dlc for both versions of Hyrule Warriors is out, along with a new update for each version and additional purchasable dlc for the Wii U, but instead of another article, this is all about Scarlet.

Not only can 3DS owners play the new map for the handheld version, but we’ve also been sent out the second SpotPass gift for the game that’s come out this month and just like last time, it’s no small gift. (Unless of course you think half a million Rupees, a Fairy called Scarlet to join your party and high-end Fairy Food is a small gift.) So with the added gift of Scarlet, why not feed her all the free food, (Delicious All-Purpose Bait x10 and Delicious Hyoi Pear x10) and spend the rupees on levelling Marin up and get underway with the new Link’s Awakening Legends Edition adventure!

Sure we could have done the same as everyone else and post a “New dlc now out article,” but given the general news article we posted this morning and the other articles during the concerning the new content and update, instead we’re just going to settle for feature piece on the content instead. For anyone interested in checking that out, along with images, it will be up on the site within the next few hours.


Categorised in: 3DS, News, The Legend Of Zelda