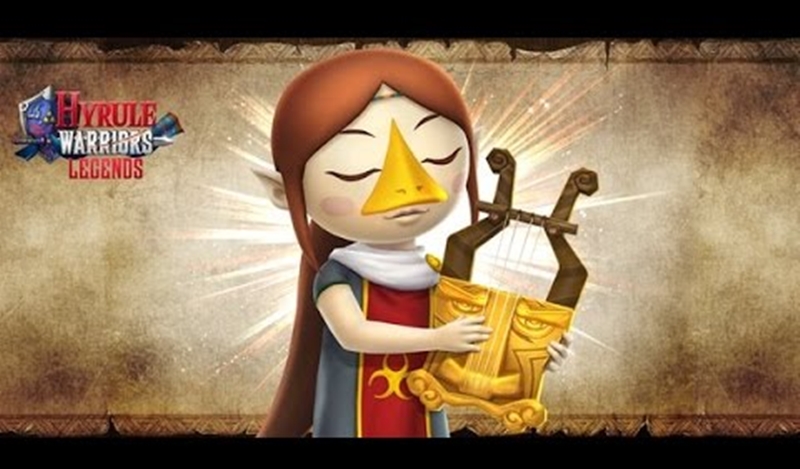 Get Ready for Medli!

As we move into the last week of April, we are now just weeks away from the first dlc release for Hyrule Warriors Legends, but do not despair owners of the Wii U game, because although you may not be able to get the pack, at least you can get the free fighter Medli!

Armed with a harp, Medli is ready to do battle on both 3DS and Wii U systems so if you’re wondering just what kind of a fighter she is, then be sure to watch the footage below:

No release date has yet been given regarding the release of Medli, (other than available Late Spring,) but it will go hand in hand with the release of the Master Wind Waker Pack. A pack which comes with the “Master” Wind Waker Map (basically the Great Sea Map but done in its very own Master Quest fashion,) which will possess 16 new My Fairy costume pieces for you to obtain, but also feature a new adventure battle scenario. There’s even a few new costumes as well, just for your Warriors!  So although this dlc pack be cheap, it certainly is more than worth the price!

Then again, what more could we expect from one of Nintendo’s games that does dlc the right way? Every pack in the Wii U version was value for money and Legends’ very own dlc is not different and with packs such as the Link’s Awakening Pack, where we can get Marin as a fighter and an A Link Between Worlds Pack where two fighters are available, there certainly is a lot to be excited about, so in your own words, what Hyrule Warriors Legends future content are you most excited about? Be sure to let us know!