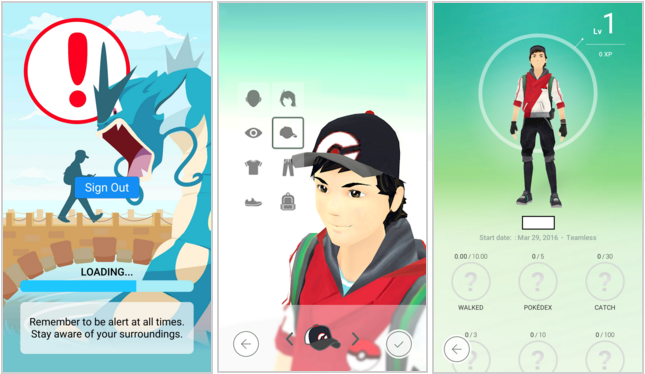 Field Testing for the Mobile Game Pokemon GO has just begun in Japan. For players who received an invite to Beta test the game, they’ll be able to download it via the special e-mail received.For those of you in Japan, if you haven’t received your email, I am afraid you didn’t make the grade, sorry. As field testing progresses, more players will be entered to test Pokémon GO for themselves. Though Niantic are against its users leaking details about the game, to the point of banning users that have leaked said information, a fair amount of details have been revealed and have been compiled in the list below:

To add to the excitement even more, YouTuber Sam Clark has shared a video that showcases beta gameplay from Pokémon GO. It’s gives us a good look at the customization process for characters. The video can be seen below: