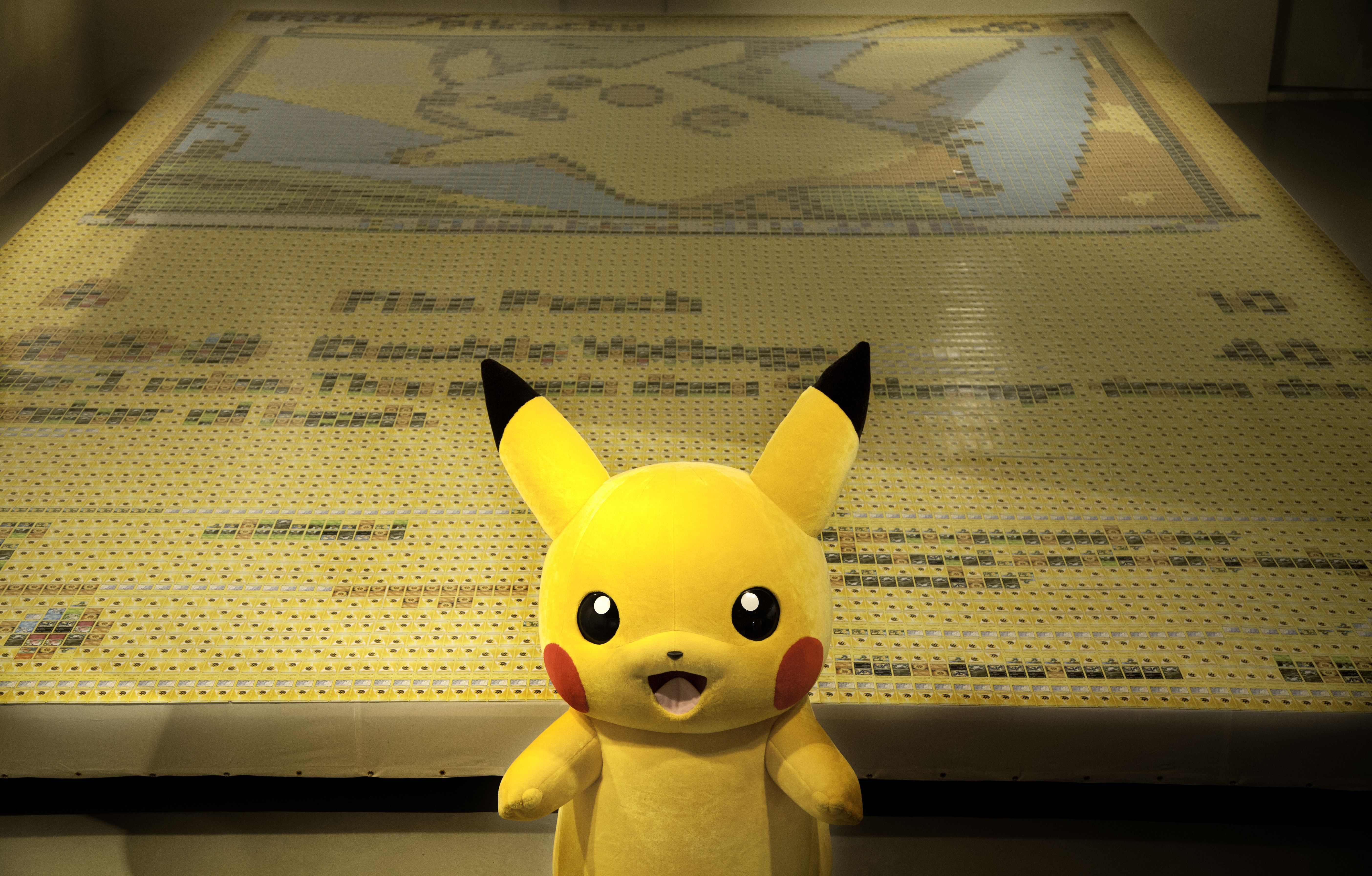 British Artist Quentin Devine was commissioned by The Pokemon Company to create a mosaic out of Pokemon Trading Cards. Devine  used 12,987 individual trading cards to create the mosaic which stands at over 71.54 square metres (0ver 10 metres tall and 7 metres wide) and features Pikachu doing the icon pose that was originally designed by GAME FREAK illustrator Ken Sugimori.

Surrey born Quentin Devine is also known for other projects including a mosaic of Leonardo da Vinci’s Mona Lisa and a portrait of Queen Elizabeth II using just pennies. He also works as an animator and designer. The Official Pokemon Channel on YouTube have posted a montage video of the Mosaic being created. You can watch it via the embeded video below;