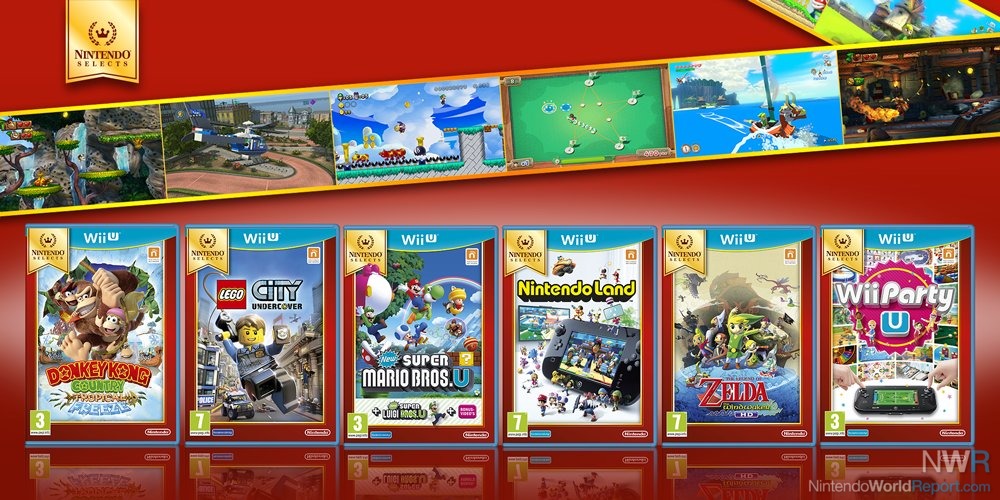 6 Wii U titles getting ‘Nintendo Selects’ treatment in Europe

Six popular Wii U titles will be getting the ‘Nintendo Selects’ treatment in Europe. The six games in question have combined sales or over 4 million units in Europe alone. These titles include; Donkey Kong Country: Tropical Freeze, New Super Mario Bros U + New Luigi Bros U bundle, Legend Of Zelda: The Wind Waker HD, Wii Party U, Nintendo Land & LEGO City: Undercover. Each game will fetch around €24.99 and will also be available for the same price on the Wii U eShop. The New Super Mario Bros U bundle will be replacing the standard version in the eShop. If there are any particular games you would like to add to your collection, they will be available from April 15th. Be sure to let us know your thoughts and opinions in the comments below.