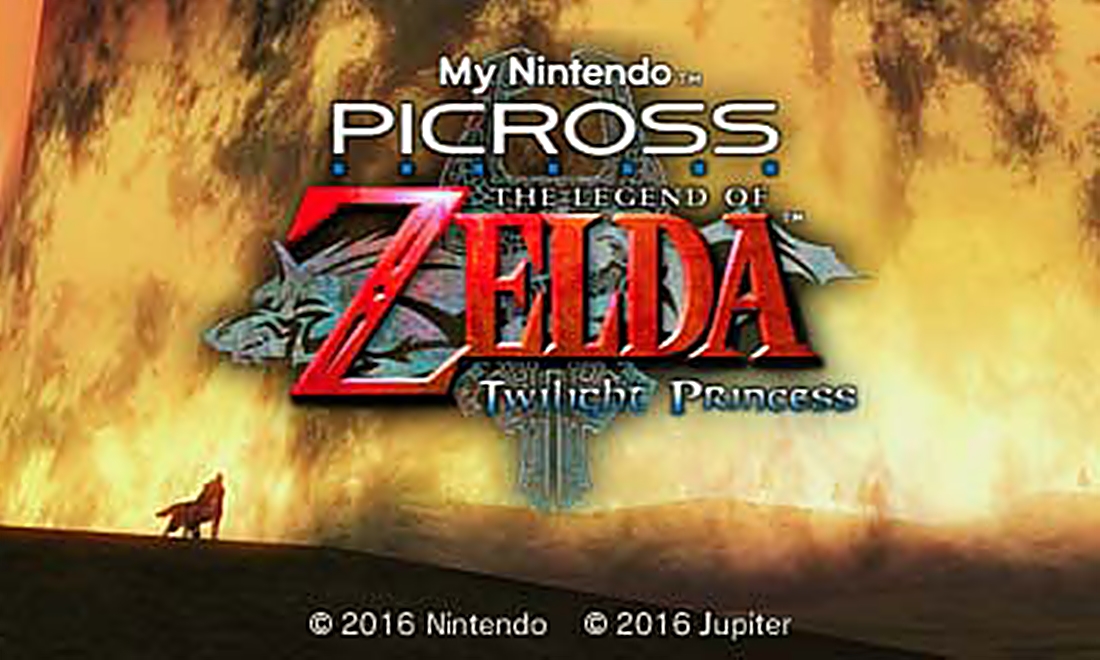 The rewards program My Nintendo wiil be bringing a new game to 3DS that you will be able to claim using the new points system. The game in question is My Nintendo Picross – The Legend of Zelda: Twilight Princessfrom Jupiter and maybe available from March 31st.

Twitter user Cellenseres found My Nintendo Picross – The Legend of Zelda: Twilight Princess sitting on Nintendo’s (U.S., U.K.) servers – similar to the Twilight Princess HD leak last year. This particular leak blesses us with a screenshot of the main menu and a 3DS icon. The screenshot shows the several game modes including standard “Picross”, “Mega Picross”, and “Micross”. along with other icons for “How To Play,” Settings and Miiverse.