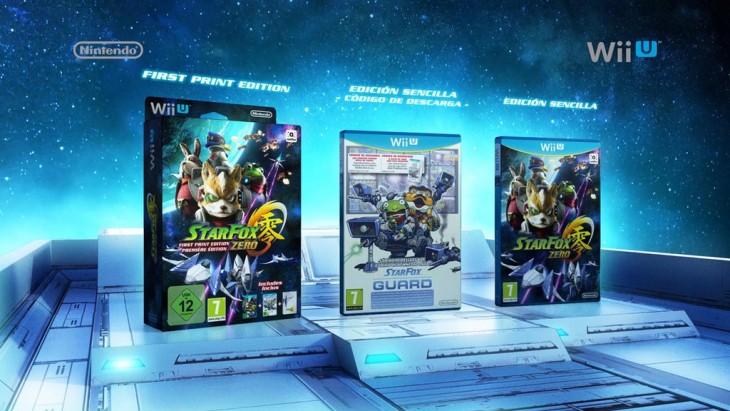 The March 3rd Nintendo Direct started off with Star Fox Zero. Shigeru Miyamoto went into the finer details of the game like though the levels are based off of the worlds from the original game, they will have completely different layouts. There will also be other routes to explore in the levels which will lead to alternate bosses. Defeating these bosses will unlock alternate levels to play from the map screen. Teleporters will also be making an appearance in the game to help players get from one place to another. There will also be a new world called ‘Fortuna’ which is an overgrown jungle world full of bio weapons. For players that enjoy playing with others, there is a Co-op Mode which will put both players in the same Arwing but both will have different roles. One will pilot the craft and the other will man the guns.

It will be launching April second but it won’t be the only Star Fox game that day. Slippy Toad and his uncle Grippy will be having their own Spin-Off in Star Fox Guard. It is a tower defense that puts you in control of 12 different security cameras with laser which you need to keep enemies at bay from surpassing the Security System of Grippy’s Mining Company. You will also be able to design your own layouts and enemy wave times which you can upload and share with other people, kind of like Super Mario Maker in a way. The game will come in a physical copy bundled with Star Fox Zero in a Special Edition Pack or it will be available for Download from the Wii U eShop.

Amiibo also have funcionality in the game. The Fox amiibo for example will unlock the original 16-bit SNES Arwing that you will be able fly around in. It has not been divulged what the Falco Amiibo will do in the game though suspicions would be that it either does the same thing, or maybe a curve ball and lets you play as Falco himself, you never know.