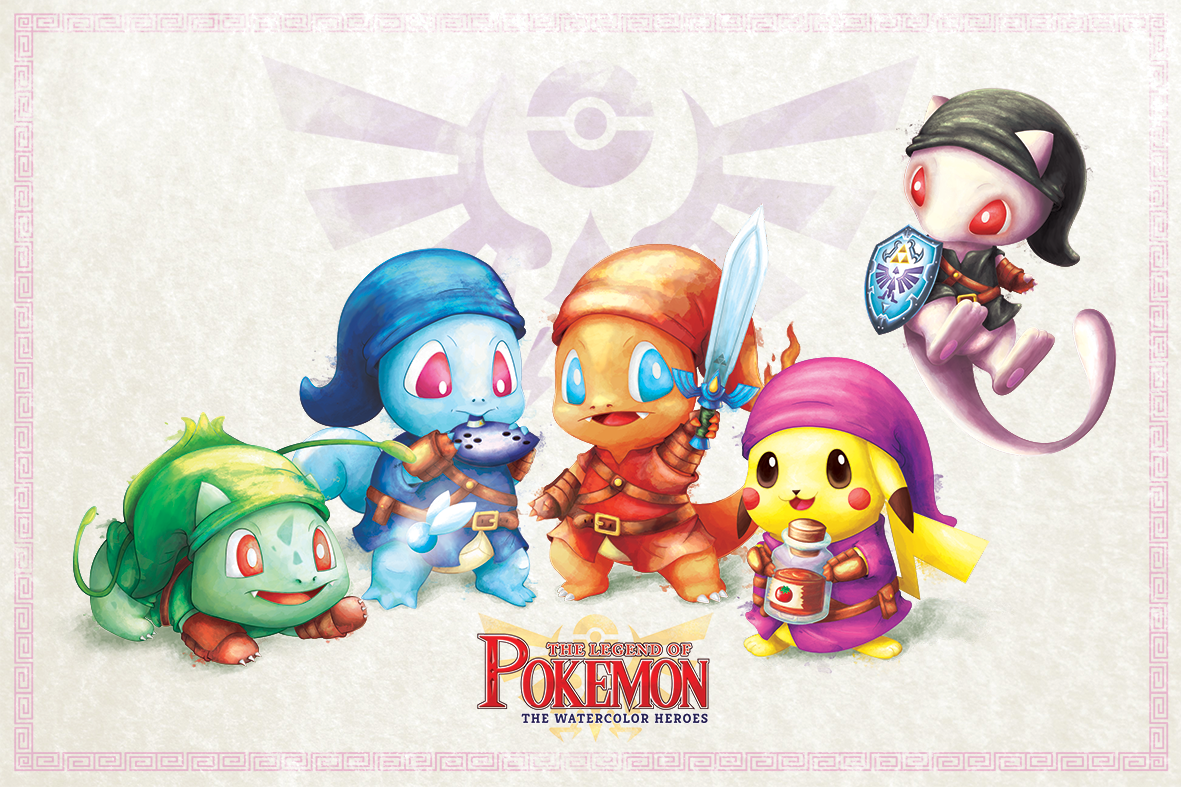 The month of February has come to an end and with it the anniversary dates of Pokemon (20th) and The Legend Of Zelda (30th). Though not a lot was really done with The Legend
Of Zelda except a little build-up for the release of Twilight Princess HD and Hyrule Warriors Legends. Pokemon on the other hand got it’s own Superbowl commercial, Two new games (Pokemon Sun & Moon) announced for the end of the year, Pokemon Red, Blue, Green & Yellow were released as downloadable titles for the 3DS along with an app called Pokemon Bank which will allow players to transfer their Pokemon from R,B,G & Y and also XY & ORAS to the new games when they release. Detective Pikachu was also teased but was no further details were given. At select store across the globe, there have been free giveaways of legendary Pokemon for XY & ORAS. The Pokemon Company have really outdone themselves and leaves you thinking why didn’t The Legend Of Zelda get any fanfare?

I suppose really it could be due to the fact that The Legend Of Zelda had its parade (figuratively) for it’s 25th Anniversary and so an extra 5 years didn’t seem like that much of a big thing. However, anything to build up hype for a game franchise that has lasted this long, Surely you would have thought it would be good opportunity to hash out Zelda Merchandise, downloadable giveaways, small tokens of appreciation and the like? Even a little teaser trailer for Zelda U would not have gone amiss. It would have severely reinforced the occasion and get fans back on board the hype train. The only thing that we got close to some kind of Zelda U News was a few videos on YouTube by SuperMetalDave64 that “Confirmed” that Nintendo would be releasing Zelda U with the NX at the end of the year according to his inside source at Nintendo. The videos have since been removed from his YouTube channel which could mean a number of things which I shan’t digress.

On another note, regardless of Zelda U News or not, it has been a good month for us at Miketendo64. We have now got over 670 fans & followers across various Social Media including Facebook & Twitter. Our Website has had over 15,000 hits and this month has been one of our most productive in terms of posts (64), views (3,909), visitors (3,029) and followers (80 new). We want to thank you all for your support as we would not have got this far without it. We have only been going since May of last year and to have the amount of following that we have now from no previous experience in blogging or journalism (Me anyway, Jack IS a Journalist and a major crutch to lean on in our operation ;). As we get more popular and can find means to support this website financially, we aim to start doing giveaways like download codes for games, DLC, etc.

Everything We Know About Pokemon Go

The Masks Of Majora & The Other Demon King!

For #ZeldaMonth, we celebrated in our own way by uploading various feature articles and videos to our YouTube Channel including Let’s Plays of The Legend Of Zelda, A Link To The Past and Ocarina Of Time. We also launched a new webseries called Amiibo Smash! The first episod of which is dedicated to #ZeldaMonth as it features Link & Ganondorf going head to head in an epic battle with a Smashing Finish.

In the next list, we have included a number of our Zelda themed articles that we have compiled for the Anniversary of The Legend Of Zelda that dives into fan theories, our personal experiences and why we love Zelda so much. Feel free to give them a read or bookmark them for later.

The Birth Of A Legend: The Legend Of Zelda

The Legend That Never Ages- The Legend Of Zelda: Ocarina Of Time 3D

Navi’s Goodbye & The Events That Followed (A Fan Theory)

Manga & Zelda: A Link To The Past Graphic Novel (Review)

Should There Be A Legend Of Zelda Movie?

The Legend Of Zelda: A Link To The Fan

Well to say the least, February is all but done with but the Month of March still brings us lots of goodies. What with Twilight Princess HD coming this week (March 4th), Pokken Tournament (March 18th) and Hyrule Warriors Legends (March 25th) along with many more downloadable titles from independent developers too.