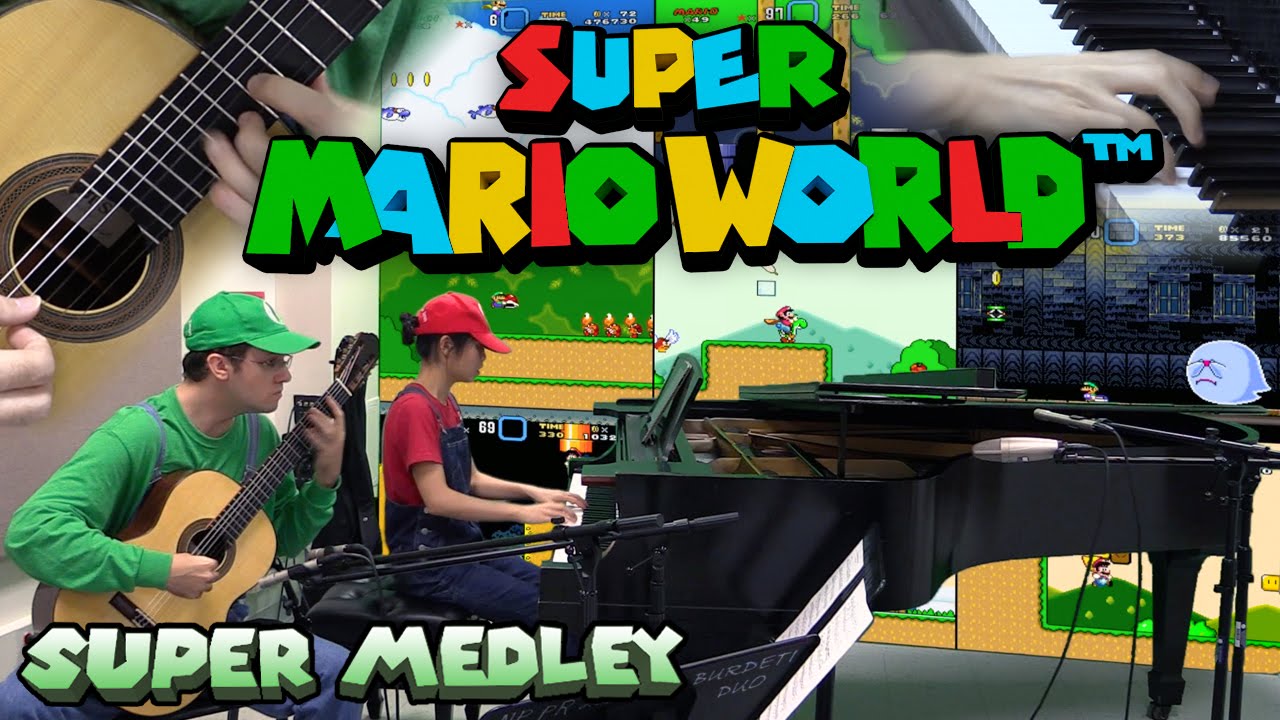 Normally, we at Miketendo64 scour through the Internet to find fan made projects and news to post on our website. Rarely do we get the opportunity that Nintendo Fans seek US out. Today has been a good day in that fellow fans of our blog have asked us if we could share their YouTube video of a Super Mario Medley consisting of a Piano, a Guitar and a whole load of talent. Andrei Burdeti and his wife Jannie are talented musicians and lifelong fans of Nintendo and Super Mario and it is both a pleasure and an honour for us to see that represented in their video. We asked Andrei what inspired him to creat this project and this is what he had to say;

“The reason why I started this project is simply because I am a huge Mario fan! I’ve had a history with the plumber: I was born the same year as the original Mario and it was also the first game I ever played. I grew up with Mario 3 and Super Mario World…but I am also a musician, currently finishing my Doctorate in classical guitar. A few years back in 2010, I tried my hand at some videogame arrangements for guitar quartet (Mario Galaxy’s Main theme and Dragon Quest’s Endless World; both of which can be found on my channel). I wanted to keep going, but getting a skilled group together to rehearse was a difficult task.”
“In 2014, I met my wife who happens to be the most amazing pianist. Since there is not much music written for guitar and piano, I decided to arrange a piece. Given that I had arranged mostly videogame music before, I decided to have a go at it again.”
“We started this project around October of 2015. The whole project took over 300 hours: arranging, rehearsing, recording both the audio and video, editing, adding the green screen effect, recording my playing of all the levels in the game, troubleshooting, and last but not least waiting for my trusty old 2008 mac book pro to respond after every click. 🙂 It was a lot of fun and we look forward to producing more in the near future!”
You can watch the Super Mario World – Super Medley by the Burdeti Duo via the embeded video below or directly from their YouTube Channel

If you would like to see more of the Burdeti Duo’s videos and projects, be sure to check out their website www.andreiburdeti.com. If you have your own Nintendo themed projects, be it videos, games merchandise, etc. be sure to contact us for a chance to appear on our blog!

Thanks Andrei for getting in touch with us!