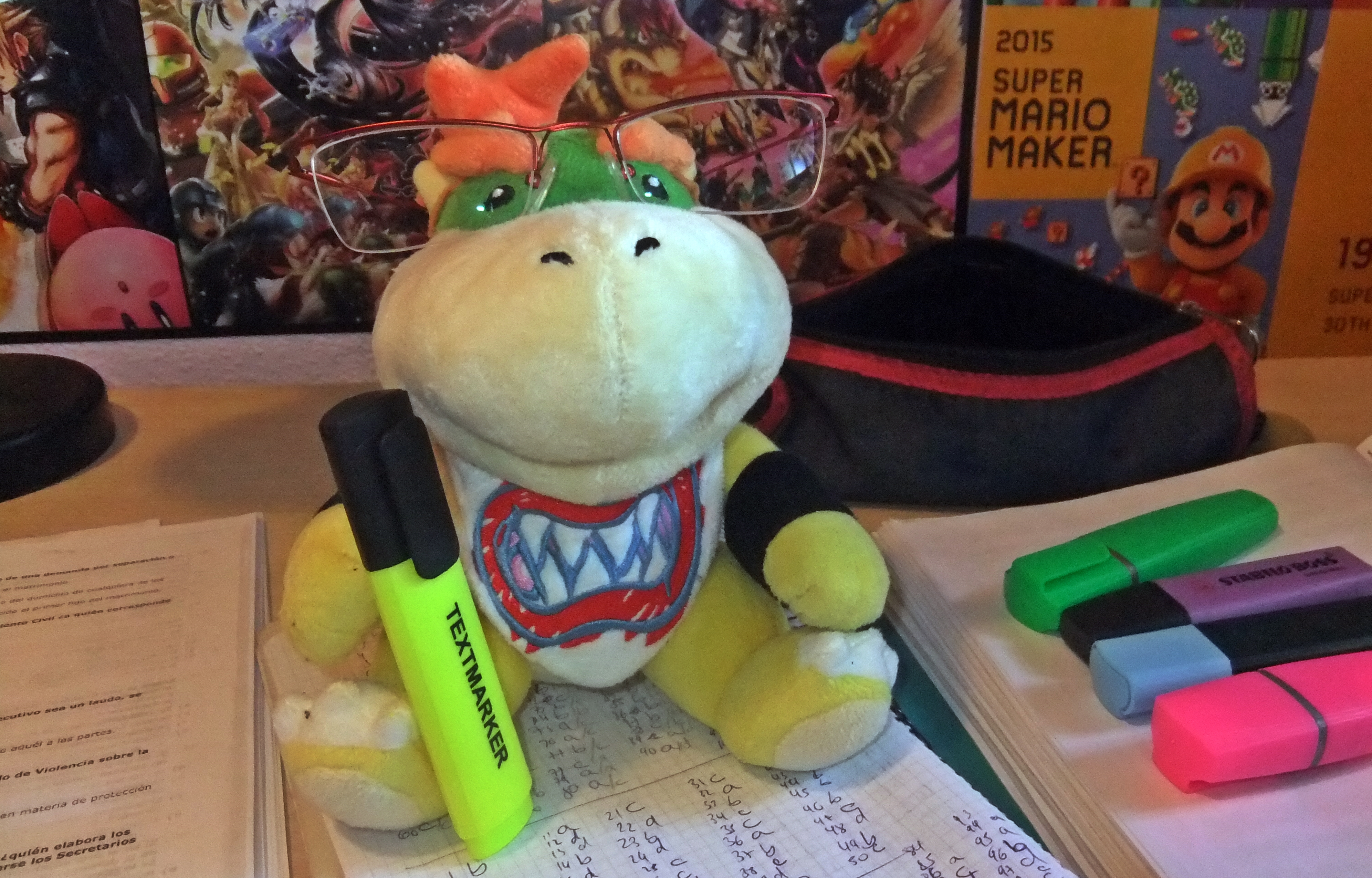 Last month I ordered a Bowser Jr Plush Toy online for my girlfriend Veronica for Christmas. Unfortunately it would not arrive in time but there was a chance he could arrive before Jan 6 which is ‘Three Kings Day’ in Spain when the locals celebrate the coming of the three wise men that brought gifts for the new born Jesus. However, Bowser Jr still did not arrive and I began wondering what would take a gift so long to be delivered. That was not my only problem, as the day came and went, my girlfriend began asking questions on whether I got her a gift or not. I told her I did but kept shtoom on what it was. 5 weeks passed and Bowser Jr finally arrived, the only problem, was that so much time had passed that hype and surprise was highly built up on this gift and I just hoped that Veronica would like it. It was only supposed to be a little something but now, it was almost as big as proposing (Ahhh! Scary thought! Not that I don’t love her, I am just not nearly mature enough for that, not now anyway). At last, as soon as she had the cute little Tomy Plush toy in her hands, her eyes lit up with joy and why wouldn’t they, have you not seen his cute little face?

Anyway, Bowsy (as he has been nicknamed) has found himself the role of ‘Study Buddy’ and has been helping Veronica as she prepares for her final exams. He even hands her highlighters when she needs them. For a plush Toy, he sure has his uses. Down below are some photos of little Bowsy in action.