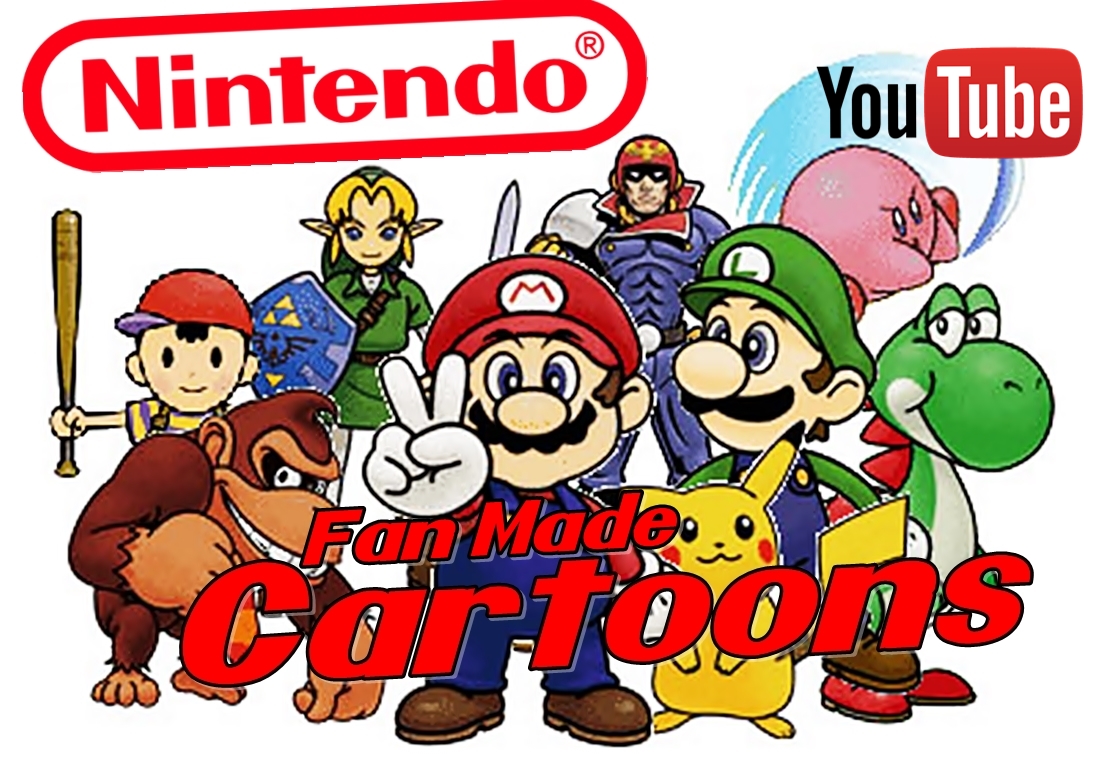 I have a little confession to share with you all. I still enjoy watching cartoons, especially those inspired by Nintendo whether official or parodies. Whether they are Animations made with Source Film Maker, Original Cartoon or Live-Action. At the moment I am quite enjoying cartoons created by Animator & YouTuber CharlesCBernardo. A lot of his cartoons are based on Wii U & 3DS games including Nintendo Land, Mario Kart, Super Smash Bros, Tri Force Heroes, Animal Crossing & even Splatoon. The cartoons themselves are well made and have plenty of entertainment value. I sincerely recommend them to anyone who enjoys fan projects as much as I do.

Another Talented Animator & YouTuber is ArtistGamerGal. Most of her animations are based on games from my all time favourtie console, the Nintendo 64. From Legend Of Zelda: Ocarina Of Time & Majora’s Mask to Mario Kart 64 & Yoshi’s Story. Her animations have a more adult theme to them which works as most gamers that would have played those games the first time round would be old enough to take certain mature content. Though not exactly R – rated, some scene can be a little ‘graphic.’

To top off my favourite Animations is another YouTuber, Egoraptor. His videos have a more rhythic and musical theme to them in the sense that they are animated music videos with original songs inspired by and centered around videogame characters. A lot of the songs have a few cuss words but nothing too obscene, though there is always one who will disagree. If you like a little music and enjoy a more adult tones to your favourite games, the definitely check out his Starbomb Album. Which includes original songs, like SMASH! Regretroid, BEST Zelda rap EVER & Minecraft is for EVERYONE.

Well that is my confession over for today. I sincerely hope you guys & girls will check out some of these YouTube Channels when you are bored they will surely lighten up your day. Until Next Time, Keep On Gaming!