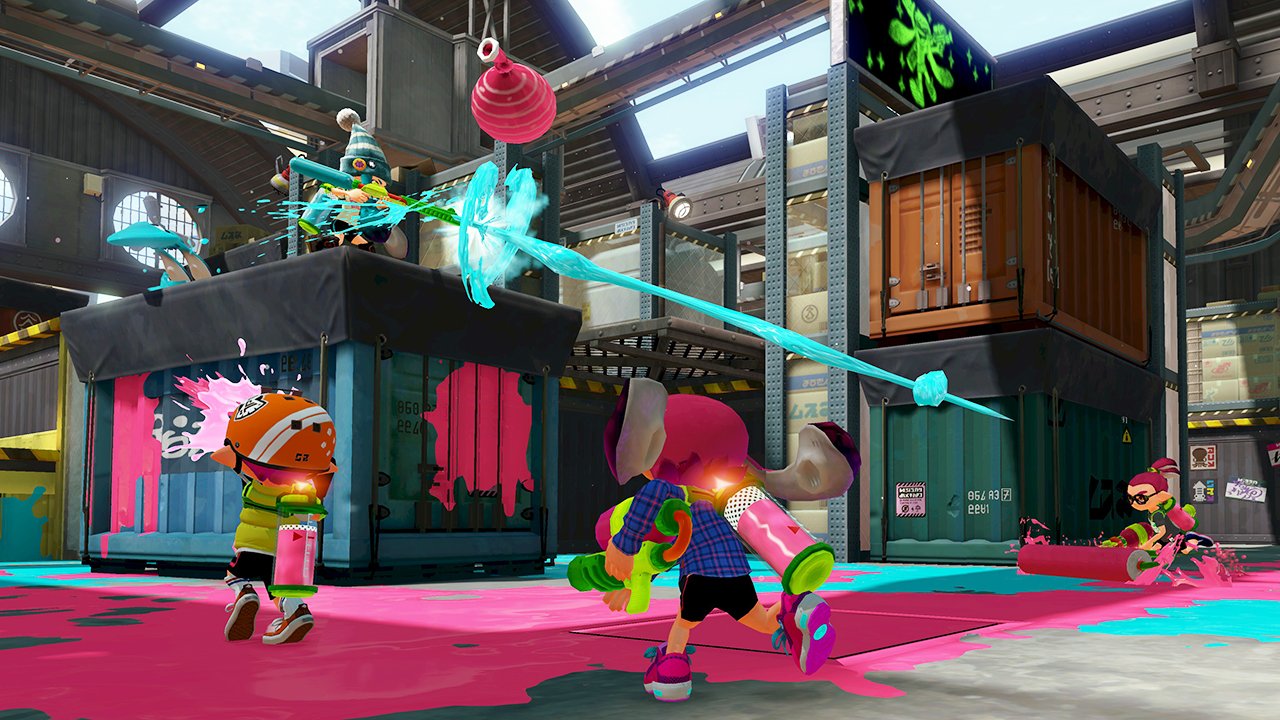 On August 6th (next Thursday),  we will be welcomed with another free software update for Splatoon on the Wii U and it brings with it a plenty of new content to enjoy for the game, including new weapon types, two matchmaking modes, the game’s level-cap will be increased and over 40 pieces of new gear to keep yourself fresh!. Players will also be allowed now to create a winning strategy that will encourage them to fight to be the best and most battle tested squid-squad around.

Part of the new update introduces the “Squad Battle” and “Private Battle” matchmaking options. In Squad Battle, players can participate with friends in Ranked Battle rule sets rather than being teamed up randomly with other players. After a player creates a squad, friends can be recruited to form a team from two to four Inklings. Friends will always play together on the same team and will battle at random against other squads.

In Private Battle, friends will be able to splat it up in private, customized matches. Between two to eight friends will have the chance to battle together by selecting their favourite map, mode and weapons. Participant numbers can ranges from 1v1 to 4v4, but the teams don’t necessarily have to be even: if the host so chooses, he or she can decide to create teams of 1v4, 1v2, or any other combination of players.

The increased level cap in both Regular Battle and Ranked Battle modes will also be a welcomed feature. After the downloading of this software update, the new level cap will be increase to level 50 (raised from level 20) and
S rank and S+ in Ranked Battle (which succeeds from A+).

While Inklings around the world are currently enjoying and mastering the current arsenal of weapons available in Splatoon, two new weapon types are included with the update, to add a new layer of strategy to the game. The Slosher (a bucket-like weapon) hurls ink straight ahead of you with impressive range and by adjusting the angle, you will be able to splat opponents who are up high or even on the other side of a wall. With the Splatling weapon ( a Gatling-style weapon), players can charge up an all-powerful ink blast. A maximum charge will unleash this particular weapon’s full potential. As Well as the new addition to the new weapons, you will be able to acquire more than 40 pieces of gear from a leather jacket to a sushi-chef outfit which will be available in the in-game shops of Splatoon.

That is not all, despite the size and scope of this free splat-tacular August update, there is more content on the way through the rest of summer and into Autumn, including the addition of the Rainmaker Ranked Battle mode, additional maps and new weapons. More details on these will be revealed sometime in the near future.