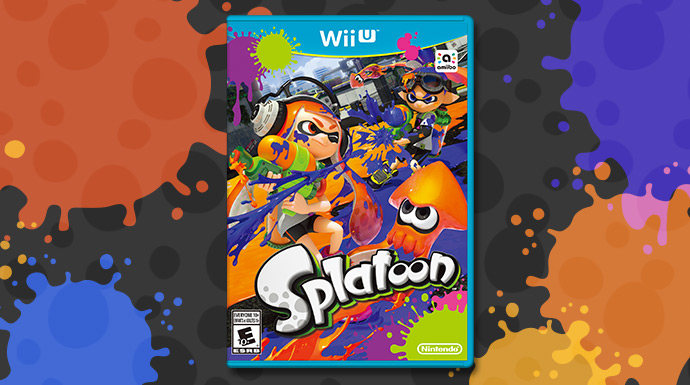 With two reviews down already, only one more remains as far as that inktastic colourful, Nintendo shooter, Splatoon is concerned and yes shooter is a spoiler.

I’ve already covered the Battle Dojo, how to own against family and friends and covered story mode in its own review, so now, all that remains is the games largest feature, Turf War, the game mode where Splatoon earns it shooter genre, demonstrating that Nintendo have learned from the likes of Call of Duty and can pull off a shooter of its own, but centre the action away from mindless killing and focus more so on covering the entire area in as much ink as you can, of your teams colour and occasionally splattering the opposition should they attempt to sneak up behind you.

This is piece you do not want to miss, because team @Miketendo64 are ready for war! We’re ready for you online mode, where colourful language of abuse, does not come blaring through the headphones. (I know, talk about “Say WHAT!!!)

So while you wait for that one, why not catch up on our other Splatoon related posts, whether you’ve already read them or not and if you haven’t yet (seriously dude, you haven’t read them yet?), well just means you’ve got to correct that now.

And for those of you who aren’t a Splatoon fan, no worries, we’ve got something for you too, a Legend of Zelda Top 5 saddest moments, a piece that came to be after a 4 month long poll, with results chosen by you, the reader, the blogger, the gamer: