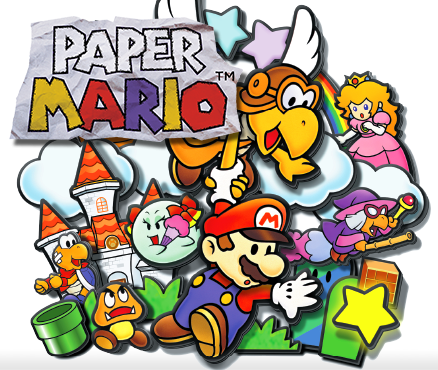 I have been waiting for this game for download ever since it was announced to come to the Wii U eShop on April 30th. It did arrive however, only to the NA Virtual Console in the Wii U eShop. Us folks in Europe however have had to wait 3 more weeks for this title to come over to our shores. At Last we can finally enjoy Paper Mario 64 to the full on our own consoles without the graphics going berserk when playing via PC emulation. My first experience with this game was though PC emulation and flickering background graphics aside, I did thoroughly enjoy the game. I do love the turn-based strategy involved that gives it an edge over all the other Super Mario games. The Wii sequel did not do this game justice as it was missing that turn-based battle mode that made the game interesting and fun.

I know that I will be playing this wonderful game a LOT over the next few days as I really enjoyed its gameplay and graphic layout. If you have been looking for a fun innovative turn-based strategy game and own a Wii U, I suggest you download this game from the eShop too. For more details on Paper Mario, you can find out at www.Nintendo.co.uk